The inauguration of the All Saints’ College Union 2019-‘20 and Arts Club was conducted on the 21st of November, 2019 in the New Auditorium at All Saints’ College. The guests of honour were Dr. G. Madhavan Nair; recipient of Padma Vibhushan, India’s second highest civilian award and the former chairman of the Indian Space Research Organization (ISRO) and Mr. Job Kurien; renowned singer and composer who made an indelible mark in independent stream and is a part of the Indian Film Industry.

The guests arrived sharply at 10.00 am and was welcomed by Dr. Caroline Beena Mendez (Principal, All Saints’ College), Dr. Parvathy Menon (Staff Advisor), Dr. Smitha Asok V. and Ms. Sangeetha S (Faculties-in-charge of Arts Club) and Mr. P. T. Suresh Kumar and the members of the College Union. The guests were provided with refreshments at the Parlour after which they were escorted to the auditorium.

The auditorium was filled with tumultuous applause as the guests ascended onto the decently decorated stage with other dignitaries. The pleasure of formal welcoming the guests to the function went to the chairperson; Ms. Neha Sulfi Valuable messages were given by the principal and the guests of honour after the official inauguration by lighting the ceremonial lamp. 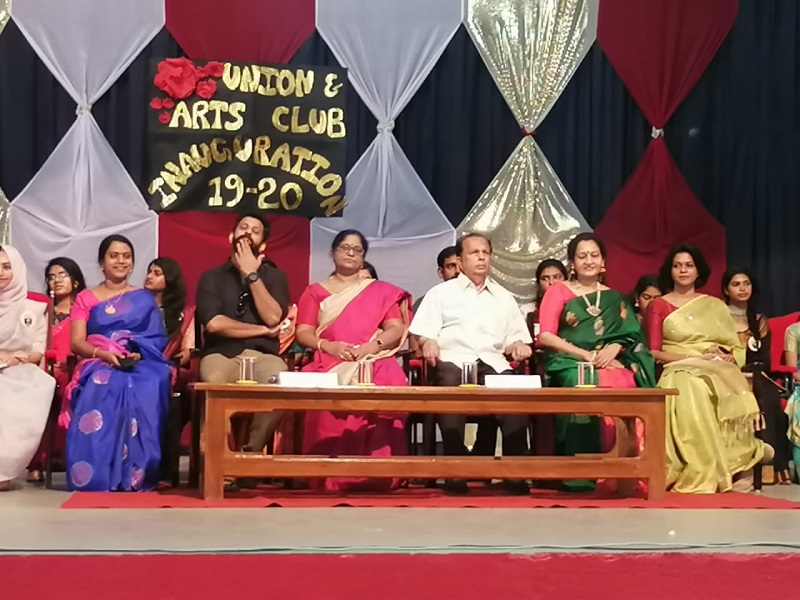 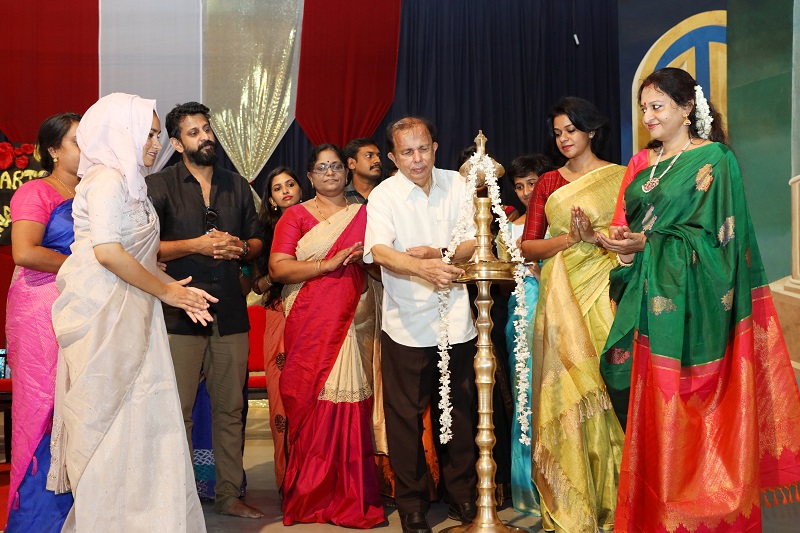 Inauguration by lighting the Lamp

Our beloved Principal, Dr. Caroline Beena Mendez exhorted the students to emulate the great examples set by the invitees. She also encouraged the vibrant young girls to proudly assert their individuality in this highly competitive world.

The guests had all the attention as they spoke about their passion and the efforts they put in to achieve what they are and have today. Dr. G. Madhavan Nair spoke about the highs and lows ISRO went through in the launch of Chandrayaan II satellite and how experiences through such missions influenced the lives of the scientists and the whole nation.

Mr. Job Kurien reminisced fondly of his own college days upon seeing the enthusiastic audience. He spoke about the importance of following one’s own passions to lead a blissful and contented life. He delighted the crowd with a song in spite of being in a period of voice rest.

It came as a surprise for the guests as they were presented with portraits of themselves done by Ms. Alfiya of DC III English Literature.

Prizes were given away to the Kalotsav winners of the previous academic year. The winners received their tokens of appreciation from the Principal, the guests of honour and the PTA President, Mr. P. T. Suresh Kumar. The Arts Club Secretary Ms. Jennifer Jumu thanked the guests for sparing their valuable time and talent. The formal inaugural function ended at 12.00 noon.

An array of cultural events followed; showing off the talents of our energetic young ladies. The programmes included solo songs by young talents Ms. Bhadra R. (I semester B Com) and Ms. Amrin Hussain (I semester Botany); an instrumental extravaganza on keyboard by Ms. Rizwana M (I semester M Sc. Environmental Sciences) and a doubles dance performance by Ms. Rehna and Ms. Aparna of DC III English Literature. Students from second year B Com were appreciated for putting together an incredible performance including a portmanteau of various Indian dance forms. The theme show dedicated to Mahanati Savitri was a feast for the eyes. A fashion show was held by the college fashion team; Nirvana. 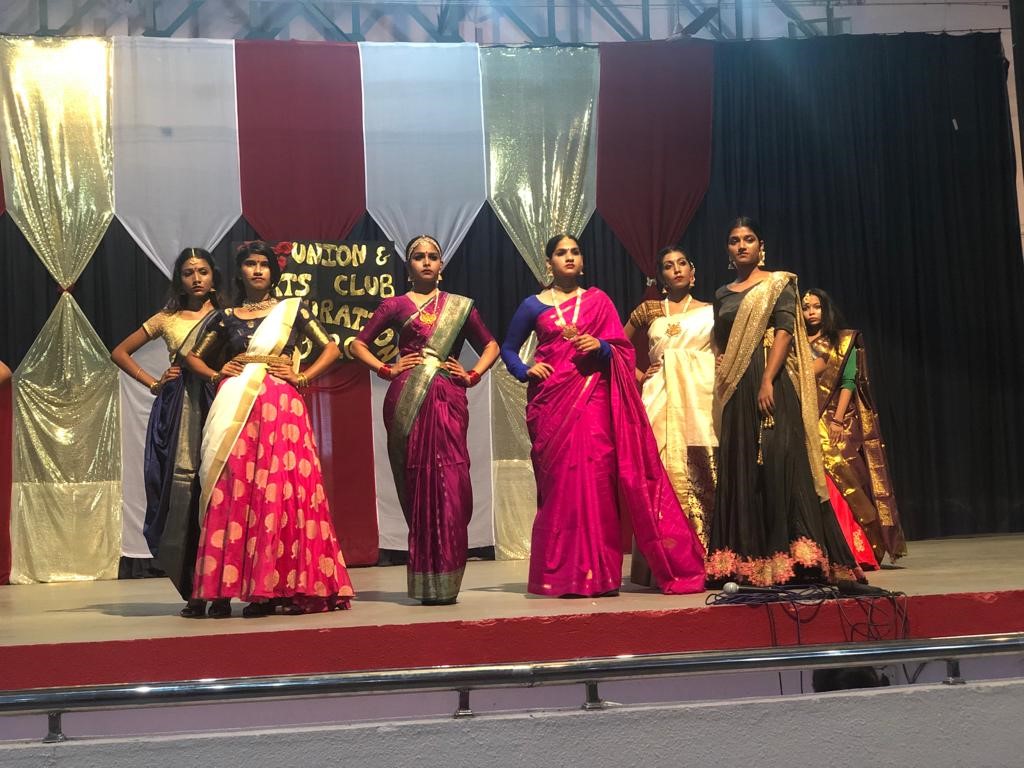 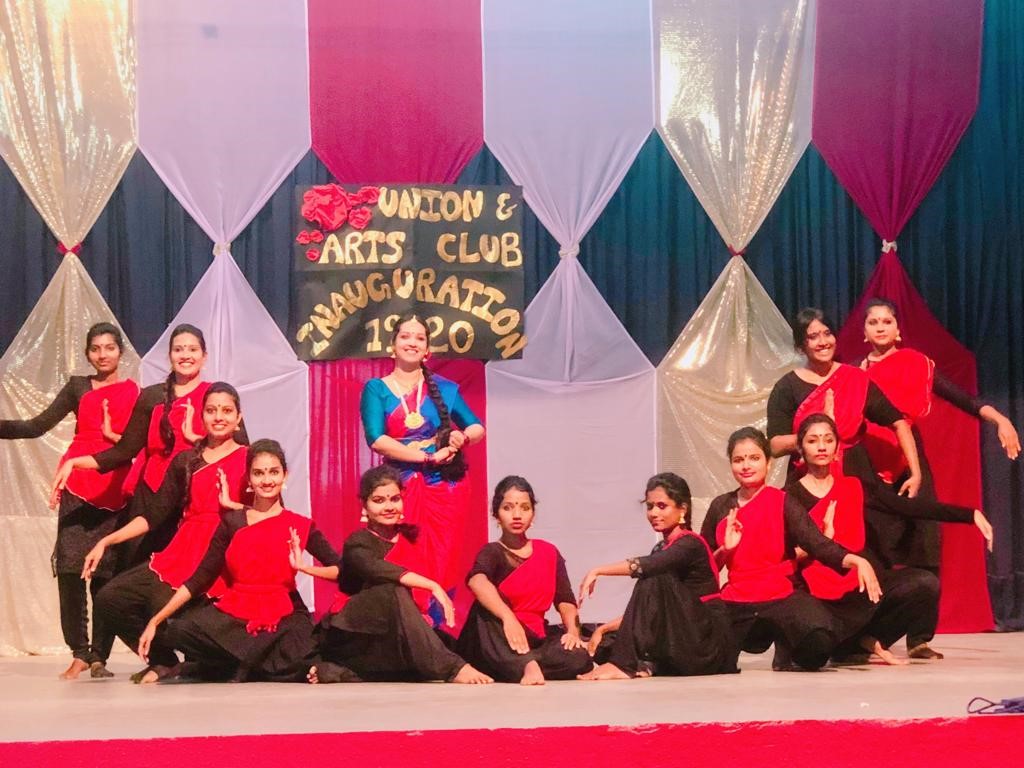 The effort that the performing teams put together was commendable as they helped to make this great event a grand success. The closing of the event was marked by an informal DJ where the all the students had a great time on stage. The principal, teachers and other members of the staff provided the organizers empowerment; without which their efforts would not have borne fruit.

Hand sanitizer for 'Agents of Hope'

All Saints College Celebrated feast of Our lady of Lourds

Youngsters get Wetland Schooling at Vellayani

Sargotsavam organised by Department of Malayalam on 7th February 2020

The Mashithandu Club under the aegis of the Department of Malayalam is organising a cultural fest,

The NSS Unit of All Saints' College is organising a Cancer Awareness Programme on 04-02-2020 in association with Susrutha Charitable Medical Trust.

National Seminar on Problems and Prospects of Transgender Community, organized by Department of History and Political Science, on 29th January 2020

National Seminar on Problems and Prospects of Transgender Community

One Day Seminar on Taxanomy & Biodiversity on 11 November 2019, Organized by Department of Zoology

Inauguration of Literary and Debating Association 2019-20

The Literary and Debating Association of the Department of English will be inaugurated by Dr. T.K. Anandi, State Gender Advisor, Government of Kerala on 30-09-2019.

The Department of English in association with Mathrubhumi is organising a Debate Competition on the topic, "Uniforms must be made necessary in colleges" on 23-09-2019

National Workshop on Cheminformatics in Drug Discovery and Research

One day Workshop on Teaching English Language Skills on 05-08-2019.

National Seminar in 'Ethics in Higher Education: Policies and Praxis'

The College celebrates its Golden Jubilee marking 50 years of academic excellence and service. A debt of gratitude is owed to the leaders who have made the institution what it is today.